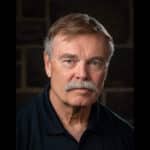 Colonel (Ret.) Lee Van Arsdale has served as a Soldier and business executive. As a Soldier, his assignments were primarily in U.S. Army Special Forces, with 11 years spent in a U.S. Army Special Mission Unit. In the course of his 25-year Army career, Lee served in three combat zones in leadership positions, and was decorated for valor with the Silver Star and with the Purple Heart for wounds received in combat. Additionally, he participated in numerous classified operations, on a global scale, while in a leadership capacity. Following his military career, Lee was the Assistant General Manager for National Security Response at the Bechtel Nevada Corporation; he incorporated Unconventional Solutions, Inc., a private consulting firm; he was the founding Executive Director of the University of Nevada Las Vegas Institute for Security Studies, was the Chief Executive Officer of Triple Canopy, Inc., an integrated security solutions company, and the Chief Executive Officer of Creative Radicals, a software company. He now serves on the boards of select companies.

Excellence in Writing Award from the Army War College Foundation for a paper entitled The Use of Special Operations Forces in the Counter-proliferation of Weapons of Mass Destruction.