Rebecca A. Clark is a Fine Artist and Creative Director with over 20 years of professional experience working in the fine art field in New York City.  Her masterful artworks are collected by prominent art collectors worldwide. Rebecca specializes in figurative bronze sculptures, oil paintings, drawings and monumental works of art that embody dynamic strength and classic iconic beauty.

Rebecca was born an artist and has always had the desire to achieve excellence in all of her endeavors. From a very early age she was immersed in imaginative creative works such as building models of futuristic cities, paintings, sculptures and a multitude of drawings. In 1981, at the age of 17, Rebecca moved from Lake Oswego, Oregon to New York City to pursue a career in fine art and design at the Parsons School of Design.  Shortly after she arrived, Rebecca began her professional artistic career assisting the renowned illustrator Antonio Lopez.  At age 18, Rebecca was hired by the famed designer Halston, and began working directly with him as a fashion designer and illustrator.  Subsequently, she was discovered by the Ford Models agency and traveled around the world as a top international fashion model.  Rebecca worked with renowned fashion photographers such as Richard Avedon, Bruce Weber, Steven Meisel, Patrick Demarchelier and others.   Rebecca is experienced in working with the major media, including international publications such as Vogue, Harpers Bazaar, Elle, The New York Times and Glamour, among others, as well as in television.  She was featured in a national Diet Slice-Style television commercial that was shown during halftime at the 1987 Super Bowl.  Rebecca also appeared in top fashion shows in New York City and Paris, France and in international advertising campaigns such as Revlon’s “The Most Unforgettable Women In The World” ads photographed by Richard Avedon.

In 1991, Rebecca left a prestigious modeling career to return to her true creative passion.  She began creating a series of beautiful and universally appealing fine bronze sculptures and many commissioned works.  In 1998, she began oil painting and studied at the New York Academy of Art, while creating oil paintings depicting the classic nude, equine, inspirational themes and portrait commissions for select art collectors.  In 2001, Rebecca developed several digital film projects through her studies in the Film Directors Program at New York University.  From 2001 to the present, she continues to create bronze sculptures, drawings, and oil paintings for private art collectors.

In addition to working in partnership with the National Special Forces Association, Rebecca also worked with the U.S. Army’s 1st Special Forces Command (Airborne) at Fort Bragg, as technical advisors, and several Special Forces Groups, at their locations, across America to develop a concept to memorialize Special Forces Green Beret Soldiers through a series of monumental bronze sculptures.

The National Special Forces Green Beret Memorial ® Park will be one of the most magnificent and inspirational memorials, unique in the world, to be placed on public view near Fort Bragg in Fayetteville, North Carolina.  This iconic monumental tribute will honor and portray U.S. Army Special Forces Operational Detachment-Alpha (SF ODA) the “A-Team” Soldiers, in several different bronze sculpture action scenes. A Medal of Honor center piece and pillar will also be created with the names of Special Forces Medal of Honor recipients, past, present and future. Granite walls with bronze relief sculpture panels will be created portraying Special Forces “Green Beret” Soldiers through different eras, highlighting Special Forces missions, values, culture, and history. 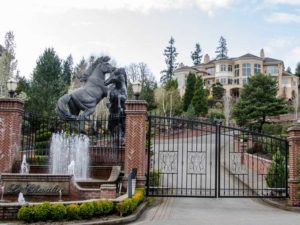 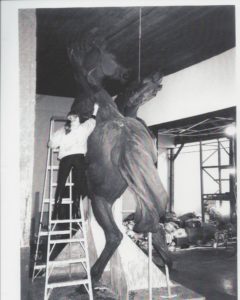 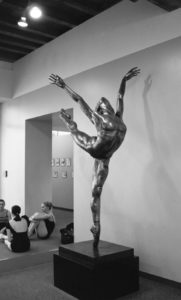 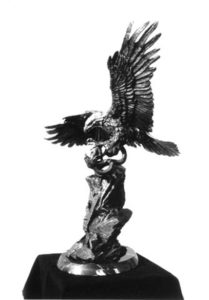